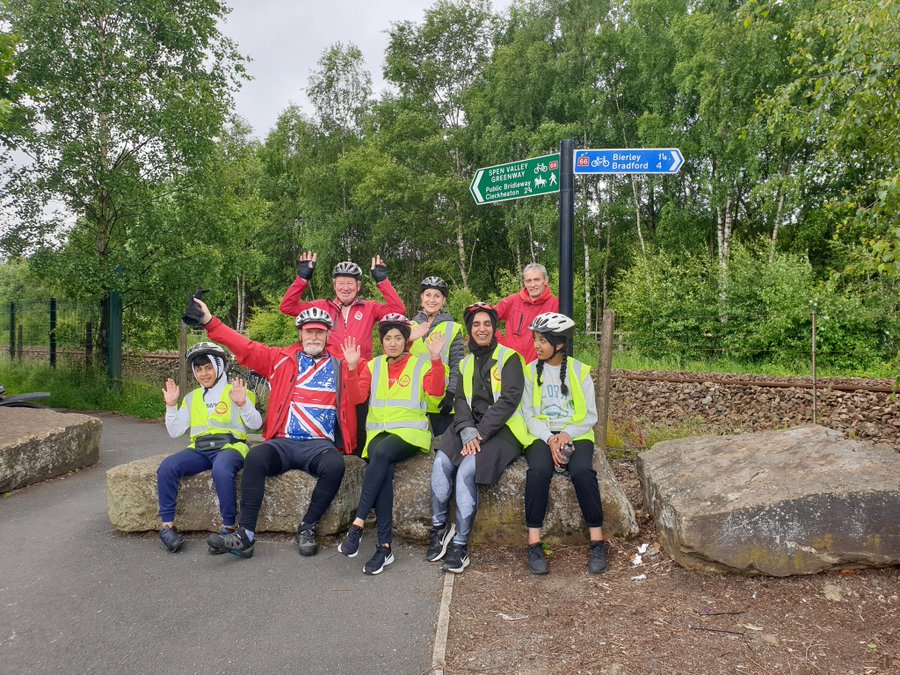 For this Volunteering Spotlight, we spoke to Sally, David, and Richard from Streetbikes.

A key obstacle to cycling is having access to a bicycle. It can be a costly expense for many families, preventing adults and children from taking up the sport. Gill and David Greaves realised this and began “picking up bikes from local tips, that had been thrown away,” to refurbish, recycle, and give away to kids in deprived neighbourhoods and from deprived families. As well as reducing unwanted waste, they banded together with avid cyclists to hold regular community rides on the Spen-Valley Greenway and this evolved into Streetbikes.

Streetbikes CIC enables people of “all ages, all abilities, and all disabilities” to cycle safely using adapted and non-adapted bikes. They do this through a few main projects: their “flagship” Mixed Ability cycling sessions at the Spen Valley Running track, community rides on the Greenway, Learn to Ride sessions, and affordable bikes available to purchase.

The unique mixed ability sessions take place every Tuesday and Saturday, with no booking required. It costs £5 per person and regularly has attendees from Sowerby Bridge and further using the service. As Sally points out, “it’s quite cost-effective and affordable,” with anyone who has special or additional needs getting “up to two carers that can come for free”.

Streetbikes are able to keep its projects going strong with such a small staff team because of its invaluable volunteers, who are more than just “people who can ride a bike”. Their effectiveness lies in the way “they interact, the social side of it, the engagement, how they talk to people, how they understand people”. As Sally notes, these small interactions really help to bring everyone together:

“I've got my [Huddersfield] Town hat on here and there's a couple of people that come down and they're Leeds fans and we have a little bit of banter. it's just a nice place to be and everyone's equal at this point, it doesn't matter if you're staff or volunteer.”

It’s something that David, or Bondy as he’s known, has felt since he joined the group. Bondy has been cycling all his life and joined the group in 2016, a year after he retired. He had “seen the spotted jumpers on the Greenway on the rides…and I thought, that's something I wouldn't mind doing…My mum used to say 'here, our David, he were riding a bike before he could walk'.” 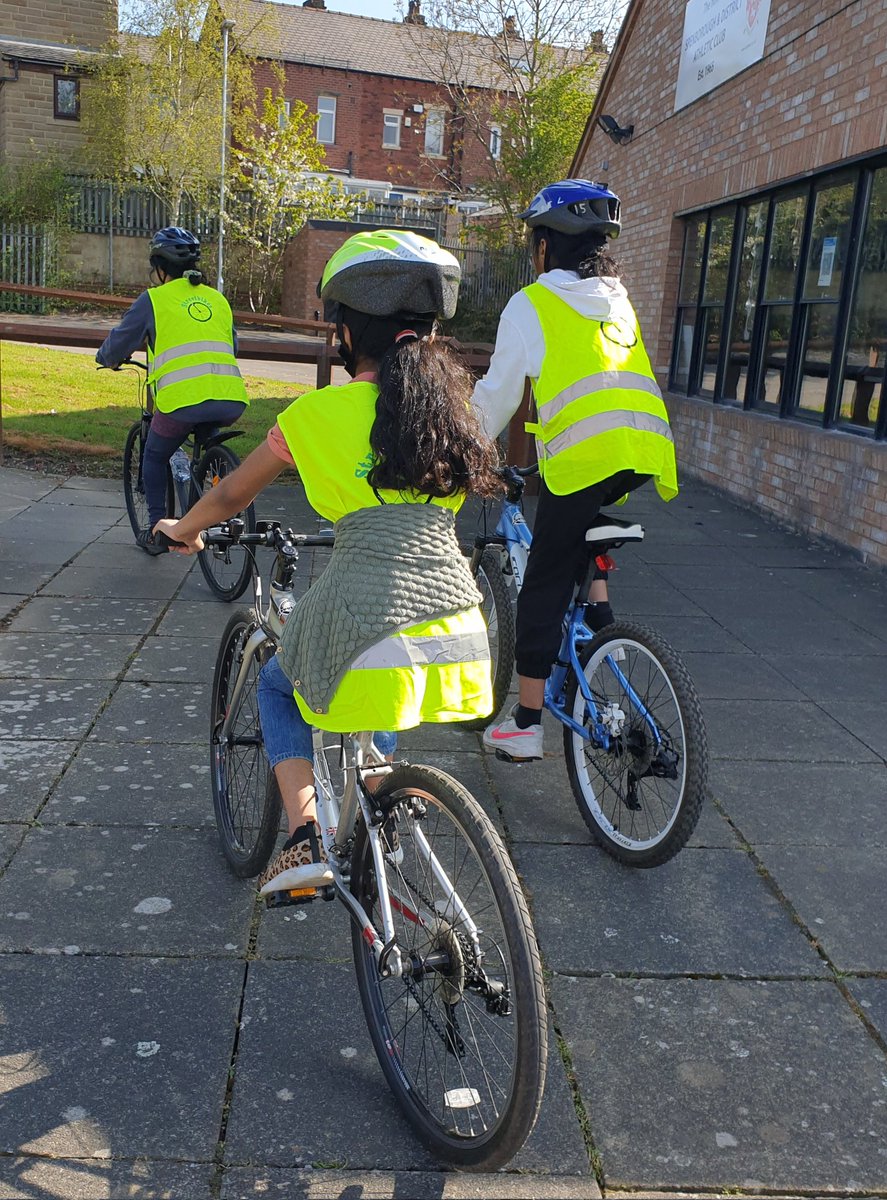 He felt, like many volunteers, he had “a lot to give back” and an experience he could share with others, “I had a right natter with myself and I came down one day and had a look around, and I was blown away with the adapted bikes and what we have here… I'm a big softie with kids and adults with disabilities… I were near to tears.”

It’s become “a lot of fun” for him, and he’s loved meeting new people that come down. As we sat indoors looking out at the relentless rain, he pointed out a lady cycling around the track on an adapted bike and a volunteer to keep her company. She’s a regular, coming to Streetbikes every week without fail, “she's so stubborn, that she comes down here, and she's probably done about 20 or 30 laps in pouring rain.” For him, it’s been one the best moments of his time volunteering at Streetbikes, “It's being able to engage with somebody like that, to encourage them like that and be here to help them as well.”

This type of attitude isn’t a one-off from the people that use Streetbikes’ services. It’s possibly the only place they can cycle “traffic free” without fear of being stranded 3 miles on their bike and having to make their own way back. As Sally often says, “Everyone who comes has got their own story.”

Bondy works to train new volunteers, both adults and teenagers, for Streetbikes, ensuring they have the right skills to help all those that attend the sessions. For Bondy, training children has been a learning curve, but it’s all about “giving them something that they might not get. They're coming down here, they're getting life skills, I get them to engage with the customers that come down here, they're learning about bicycles, they're learning about themselves, and they're taking away something from here I hope will help them in adult life.” 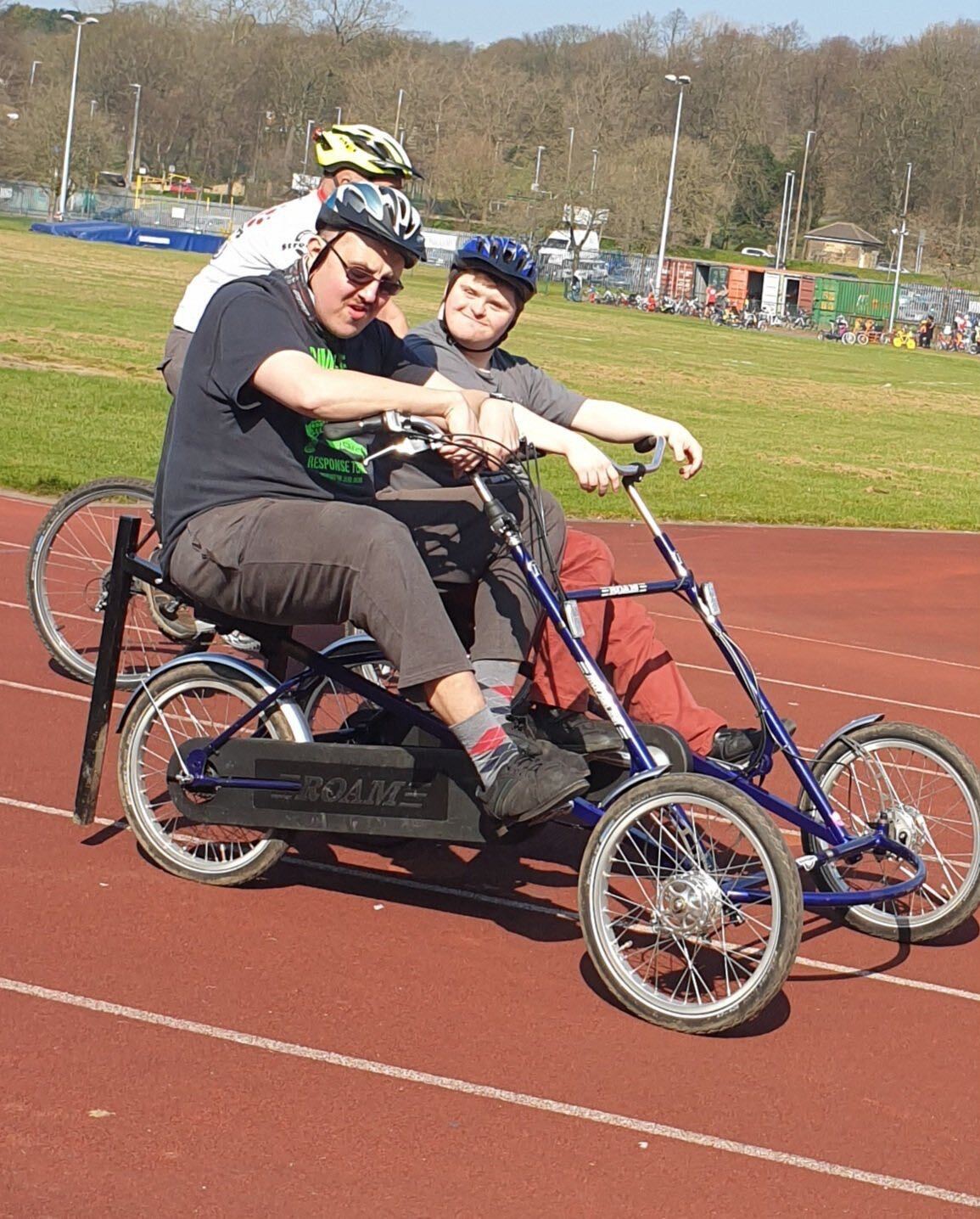 Another volunteer, Richard has had a similar story to Bondy. Having joined in 2019, he had “a few skills and it's just nice to give a bit back”. Like Bondy, and many other Streetbikes volunteers, he’s seen first-hand how vital the cycling sessions have been in developing confidence in people and helped him appreciate the little things in his life.

Richard has found “being valued” and “being accepted as the crew” one of his best moments of being a volunteer and would recommend it to anyone. He adds:

“Along with other things, it's a reason to get out of bed on a morning. And when you get a bit older, you need that motivation and a good sort of wellbeing feeling.”

It’s a sentiment Sally agrees with. She loves “coming down here and seeing people improve,” and “helping people do things that they perhaps didn't think they could”. It’s having volunteers that feel involved and part of it that really helps put smiles on faces.

Whether you want to volunteer, relearn how to ride, get in your weekly exercise, or just make new friends, it’s easy to do that at Streetbikes. Everyone’s welcome to attend a session, where you can talk to Sally or other volunteers. You can find out more about Streetbikes by keeping an eye out for their leaflets or following them on Twitter and Facebook. You can also call Sally on 07873773417, email [email protected] or visit their website.

“One thing I can guarantee is that as long as I've got breath in my body and I am able to get out and get here, I will be here. And I think that I speak generally for the others, that there is a passion and commitment down here from everybody, all the staff and volunteers and we will do our utmost to keep this going.” 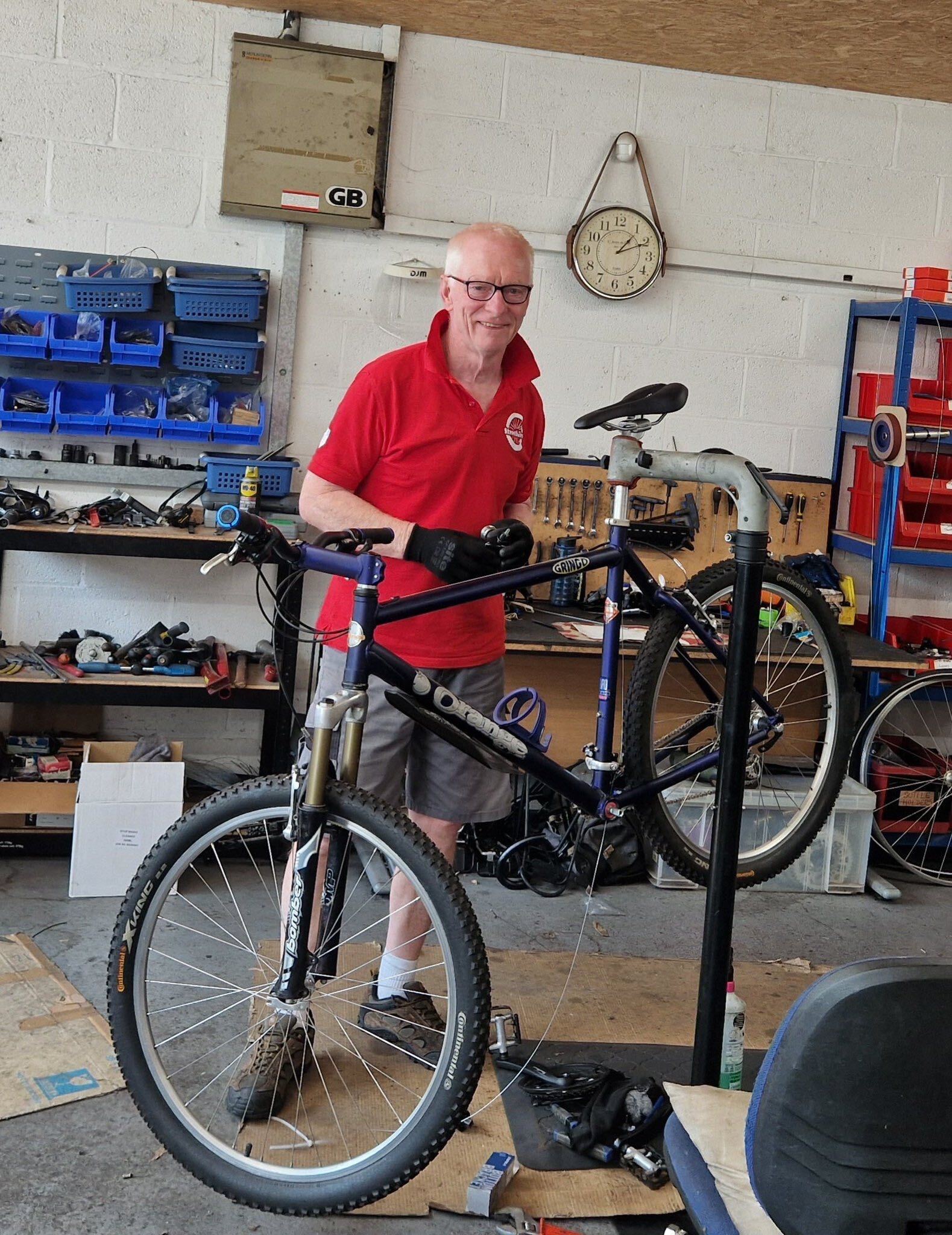