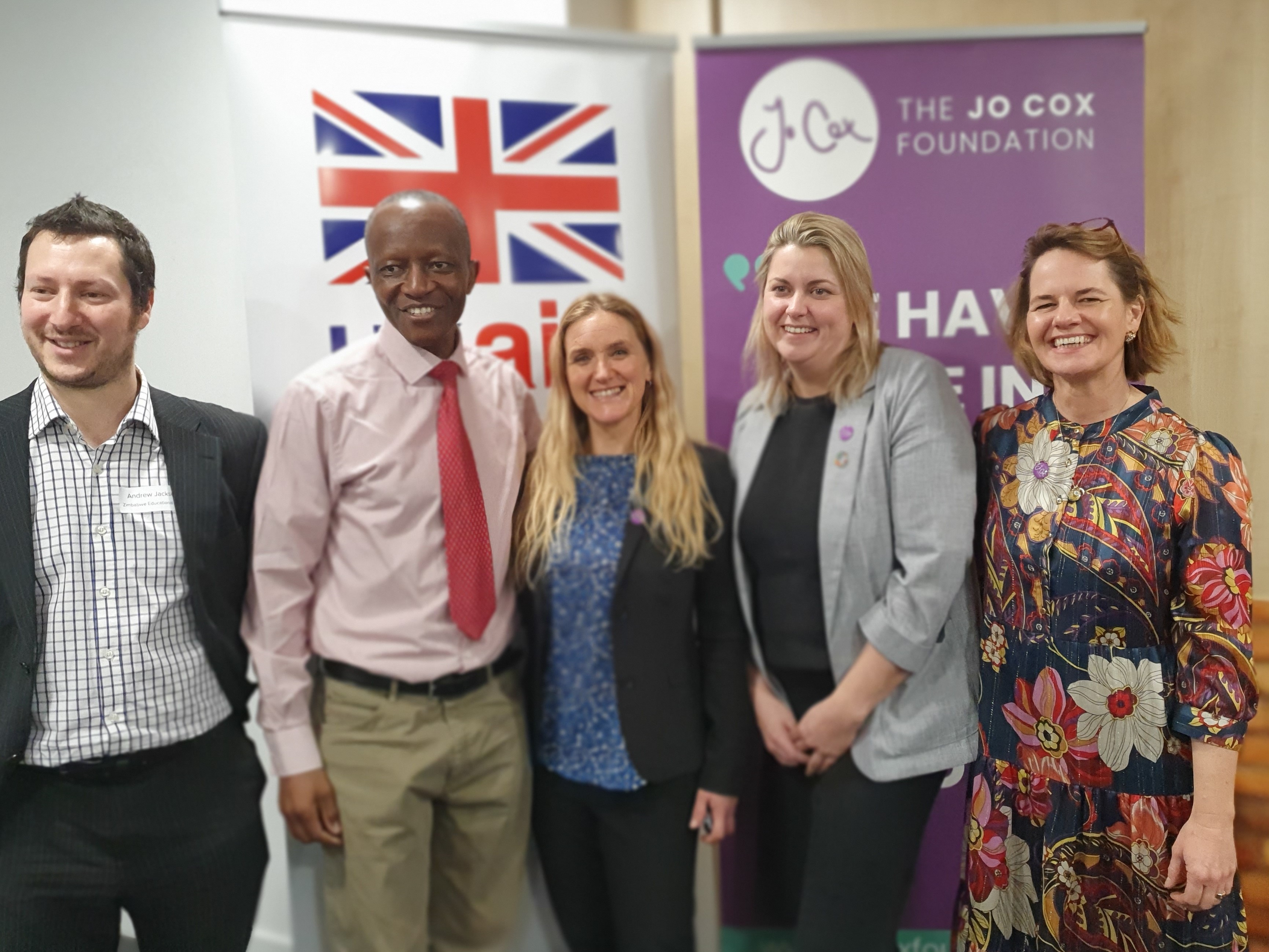 Throughout her career, Jo devoted her energies to making a true difference to the world’s most disadvantaged people. She was a passionate advocate for the power of the UK’s aid agenda and the Jo Cox Memorial Grants are a fitting tribute to her life and a powerful way to continue her humanitarian legacy.

Eighteen grants, outlined in detail below, have been made to civil society organisations, based on the following themes:

The special announcements were kindly hosted by grant-holder Women for Women International at their UK headquarters, with contributions on the importance of this valuable work from Jo's sister and Ambassador to the Foundation Kim Leadbeater. We heard first-hand experiences of preventing identity-based violence and empowering women and girls from the following grant-holders: our host, Women for Women International; Zimbabwe Educational Trust; International Centre for Integration and Cohesion (ICIC); and Minority Rights Group International. The event will offer insights into the work which will take place over the next three years in Jo's name.

Baroness Sugg, Parliamentary Under Secretary of State in the Department for International Development, said: “Jo cared passionately about gender equality and preventing identity based violence. These causes are absolutely fundamental to ending violence against vulnerable groups and giving every girl in the world the chance to go to school and realise her full potential. With funding from UK AID in Jo Cox’s memory, these projects will help to achieve that.”

Catherine Anderson, CEO of The Jo Cox Foundation said: “We are delighted to announce the amazing grant-holders of the Jo Cox Memorial Grants today. These are all inspirational organisations and the work they are doing in Jo’s name to prevent identity-based violence and empower women and girls is hugely important, and we are excited to see their impact. We would particularly like to thank Baroness Sugg and DFID for prioritising these issues, and we look forward to seeing the positive difference that the grant fund will have on so many lives around the world as part of Jo’s legacy.”

Kim Leadbeater, Ambassador of The Jo Cox Foundation, said: “Jo will always be, for me, first and foremost a humanitarian. Her kindness and compassion towards other people and her philosophy of pulling together and trying to make a difference in the world is what defined her - throughout her life. So it is truly heart-warming to have something so special in her name. The Jo Cox Memorial grants will go to projects that encompass some of the passions Jo had in terms of women's empowerment and bringing local communities together. It is an important part of Jo's legacy that our family is extremely proud of and I would like to thank everyone who has been involved in the work so far”

Here are a selection of photos from the day:

We have been delighted to partner with the Department for International Development in the creation, development and dissemination of these grants.