Briefing for the Conference of Speakers 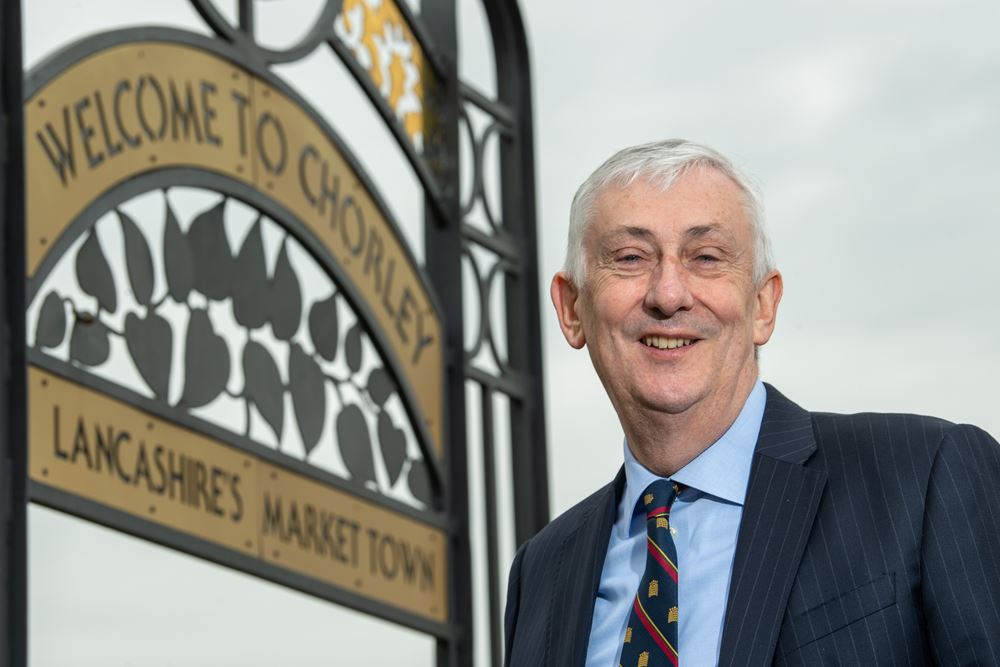 This weekend the Speaker of the House of Commons, Lindsay Hoyle, will host a G7 Speakers' Conference with the theme ‘Secure versus Open Parliaments?’. As attendees will discuss the safety of elected representatives, we have sent a briefing to the Speaker to share core insights from our work on civility in public life over the past five years.

Our Letter to the Speaker

The Jo Cox Foundation was started after the public outcry that followed the murder of Jo Cox MP. Jo’s murder in 2016 by a far-right extremist is a tragic and unavoidable reminder of the dangers of a divisive public life and discourse.

As the theme of the G7 Speakers' Summit is "Secure versus Open Parliaments" and will discuss keeping members safe, we would like to share with you some core insights from our work on civility in public life over the past five years. Abuse and intimidation of members of public life is a global issue and all member states of the G7 have witnessed political violence, threats and intimidation in an attempt to subvert the democratic process.

In Jo’s name, the Foundation believes that all those working for our public institutions have the right to be protected from violence, threats and intimidation, whether in person or online. We are dedicated to tackling abuse and intimidation in public life in all its forms. In the coming months, we will be building upon current research in this field and working across the political spectrum to tackle these issues head-on.

In this briefing, we show that the abuse and intimidation of those in public life:

We provide tangible actions the Speakers of the G7 can advocate for and work towards to tackle abuse and intimidation at its core, including:

Thank you for your time and consideration,

Immediately following Jo Cox’s murder in 2016 the overwhelming majority of the British public showed an outpouring of love for Jo and her family; people came together to reject extremism and stand up for politics rooted in respect, compassion and dialogue. However, while Jo’s murder should have been a turning point for the UK, the levels of abuse and intimidation faced by candidates, local politicians and MPs has increased. The vast majority of British MPs, regardless of political party, have experienced ‘intrusive or aggressive behaviour’ and more than half of female MPs have received physical threats. Ahead of the 2019 General Election, 18 female MPs stood down, with many citing abuse as a factor.

Though progress has been made in recent years, the House of Commons still does not yet reflect the country it represents. Women make up 51% of the UK adult population but only 34% of MPs and 21% of cabinet members. 10% of MPs are Black, Asian or Minority Ethnic and fewer than 1% of MPs have a self-declared disability.

Evidence has shown that abuse disproportionately affects these underrepresented groups in parliament, namely women, people from minority ethnic backgrounds, people who identify as LGBTQ+ and people with disabilities. No female MP who was active on Twitter during the 2017 Election was free from online intimidation. Black and Asian women MPs received 35% more abusive tweets than white women MPs.

Several high profile politicians have recently left public life due to the abuse and intimidation directed at them and their families. Conservative cabinet minister Nicky Morgan chose not to run as a candidate citing the abuse she faced. Liberal Democrat MP Heidi Allen stepped down following death threats related to her stance on Brexit. Kirsty Williams stepped down from the Welsh Senedd in order to protect her family.

2. Abuse and intimidation affects the pipeline of future politicians.

Candidates are increasingly discouraged from running for any form of public office, including local and national government. There is clear evidence that abuse and intimidation is discouraging potential future candidates and this too has misogynistic, racist and ableist elements.

In the CSPL’s Intimidation in Public life review, Dr Lisa Cameron MP is quoted as saying: “I wouldn’t have given up my job and stood for election if the abuse I would receive had been explained to me. I wouldn’t have... I have a young family, and I wouldn’t have wanted to put them through it. Their wellbeing is the priority.”

The report also details that many inexperienced campaigners were being discouraged from entering public life after they witnessed or experienced intimidation on the campaign trail.

Once a candidate crosses the threshold and decides to run, online and physical intimidation detrimentally affects their ability to campaign effectively. It forces women specifically to modify their campaign activities, such as avoiding door-knocking and constituency forums, which then diminishes their chances of gaining office.

3. Abuse and intimidation undermines the democratic process of all G7 countries.

While our work focuses on this issue within a UK context, there is evidence to show that abuse and intimidation is undermining the democratic process in other G7 countries as well. While the political fabric of each G7 country is unique, key events such as the storming of the U.S. Capitol building in January 2021, and the political assassination of Walter Lübcke in Germany in 2019, show a worrying trend toward the extreme end of abuse and intimidation.

In Europe, a study by the Inter-parliamentary Union (IPU) and the Parliamentary Assembly of the Council of Europe (PACE) showed that 85% of European female MPs who took part had suffered psychological violence in the course of their term of office. Nearly half had received death threats or threats of rape or beating and three in five had been the target of online sexist attacks.

Research by the Institute for Strategic Dialogue on the 2020 U.S. congressional races found that female candidates were significantly more likely to receive online abuse than their male counterparts. On Facebook, female Democrats running for office received ten times the amount of abusive comments compared to male Democratic candidates. Female elected representatives are also shown to be frequent targets of gendered disinformation campaigns, often drawing on misogyny and gender stereotypes.

In 2016, Japan's national legislative assembly had the lowest representation of women among OECD countries. Misogynistic hate speech and abusive language against female politicians on Twitter and other social media platforms were shown to be rife. There have been high-profile misogynistic incidents among Japanese representatives, such as in 2014 when a Tokyo assemblywoman was subjected to sexist abuse from other members. While it warrants proper research to understand the link between misogyny and women’s representation in Japan, evidence in the UK suggests this online and in-person abuse is a considerable barrier to women’s full participation.

What can be done?

Jo Cox believed that “there was no ‘too difficult’ pile” and while the issue is complex, the cost of doing nothing is too great. Furthermore, Jo was renowned for her ability to forge cross-party relationships and to work collaboratively with those of opposing political views, and it is only through working together that the dangers of divisive public life can be mitigated

Change must begin at the highest levels of public life and politicians should set an example with their discourse. All G7 members can implement a code of conduct signed by all of their respective political parties. These codes should promote and defend the dignity of others, including political opponents, treating all people with courtesy and respect.

In the UK, we have worked closely with CSPL since 2019 to produce the Joint Statement on Conduct of Political Party Members, which sets out the minimum standards of behaviour that can be expected from members at all times for parties that have signed on. Labour, the Liberal Democrats, The Green Party of England and Wales, Plaid Cymru and the SNP have so far signed on, but the Conservative party has not.

The issue of abuse and intimidation of public life cannot be tackled without thorough research that recognises the unique state of each G7 member. Reviews and research must be enabled to fully understand the increasing prevalence of intimidation and its impact on society and democracy.

In the UK, the Committee on Standards in Public Life (CSPL) - an independent, advisory body - was asked in July 2017 by the then Prime Minister Theresa May to undertake a review on this issue. The CSPL regularly publishes a progress report on recommendations it made in the Intimidation in Public Life report and the most recent progress report shows that not all recommendations have been implemented.

The rise of social media platforms has clearly facilitated the increase in abuse and intimidation faced by many representatives. Each G7 country has implemented or plans to implement varying forms of regulation, but it is important that these regulations take into account the gendered nature of online abuse and its effect on democracy.

In the UK, the Online Harms Bill is a pivotal opportunity to tackle online abuse against women and girls, including elected representatives. However, we are concerned that the white paper falls short when addressing the disproportionate levels of online harms faced by women and those with multiple protected characteristics.

The Online Harms Bill must include gender-based abuse as a priority harm and recognise the compounding harm experienced by those with multiple protected characteristics, rather than categorisation as separate issues.

The Jo Cox Foundation is dedicated to tackling abuse and intimidation in public life. In the coming months we will be working with experts in this field to build upon the current research and continue to build an alliance across the political spectrum to tackle the issue head-on.

We commend all those across the world who have stood up to defend democracy and who continue to demonstrate that extremist violence cannot, and will not, be allowed to succeed.

We would like to thank the Speaker for hosting this opportunity for skill-sharing among global leaders and friends.

Definitions
What is intimidatory behaviour?
“words and/or behaviour intended or likely to block or deter participation, which could reasonably lead to an individual wanting to withdraw from public life.”

Intimidation can include physical violence, threats of violence, damage to property, and abusive online and offline communications, amongst other behaviour. Sometimes, the collective impact of a number of individual actions can also be intimidatory, for example, co-ordinated social media attacks. A clear finding of Intimidation in Public Life is that intimidation is disproportionately likely to be directed towards women, those from ethnic and religious minorities, and LGBT candidates.

Robust political disagreement is part of the democratic process; highly personalised attacks are not. Intimidatory actions are not a way to apply legitimate political pressure. Instead, they are intended and likely to cause an individual to withdraw from a public space, including social media, public events, or from public life altogether. This can have the effect of limiting freedom of expression.