Joint Letter: The Government must respond to the unjustifiable seizure of power in Myanmar

Statement: Global Civil Society on the impact of social media

Statement: Response to the storming of US Capitol by pro-Trump rioters

The events in and around the Capitol last night were horrific and have been rightly condemned on both sides of the Atlantic by all those who abhor political violence, threats and intimidation in an attempt to subvert democracy.

Announcement: Launching the Joint Statement on Conduct for Political Parties 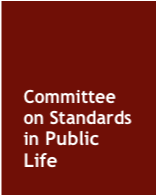 At The Jo Cox Foundation, we work to bring about a meaningful reduction in the intimidation and abuse in public life and raise widespread public awareness about its harmful impacts. On the third anniversary of the 2017 Intimidation in Public Life report, we are delighted to launch the Joint Statement on Conduct for political party members.

Hidden loneliness: exploring the isolation caused by violence against women and girls

When you think of loneliness, what’s the image that comes to mind? Perhaps a solitary elderly person, nursing a cup of tea in the living room. A young child at school, hiding away from bullies in the playground. Or possibly a refugee who has lost their family, standing in a sea of unfamiliar faces, forced into an unknown new world alone.