For this Volunteering Spotlight, we spoke to Mohamed, Batley Poets co-founder, and Jem, a regular Batley Poet. 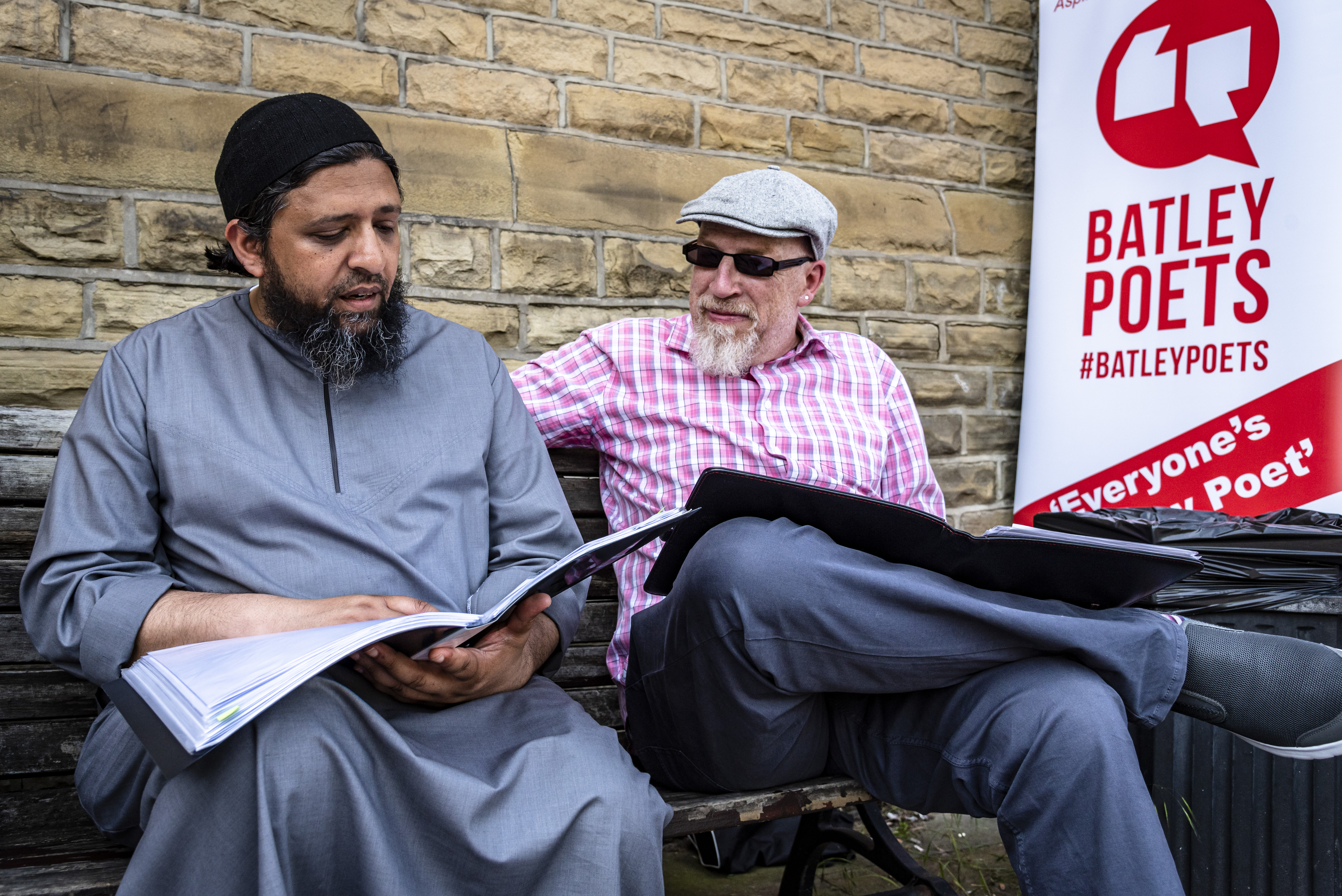 Batley Poets are a poetry group hosting regular open-mic sessions, creating displays, and running poetry projects. Their website hosts more than 200 poems by over 60 local people. Their aim has always been to provide “a platform for bedroom poets to share their poetry”.

They first gathered in 2012 at the inaugural Batley Festival. Mark, another co-founder, organised a poetry session in Batley Library, bringing together a handful of local poets. Mohamed attended his first session a year later and fondly remembers how the group formed.

“At the end of 2014, when we were putting things away, both Mark and myself thought this needs to be something more than an annual get-together at the Batley Festival. So it was at that moment we coined the name Batley Poets. That’s where it begins.”

Since then, the group has grown, with 20+ people attending each session. They’ve published a poetry book and undertaken various poetry projects such as the Bench Poets, Poems of Hope Tour, and Poets in Parliament, which was a highlight for Mohamed and the group.

They meet regularly throughout the year to celebrate important events like International Women’s Day, South Asian Heritage Month, and their annual Inter Faith Week event at Batley Library. During the lockdowns, their online sessions attracted poets from across the country and even as far as Chicago. 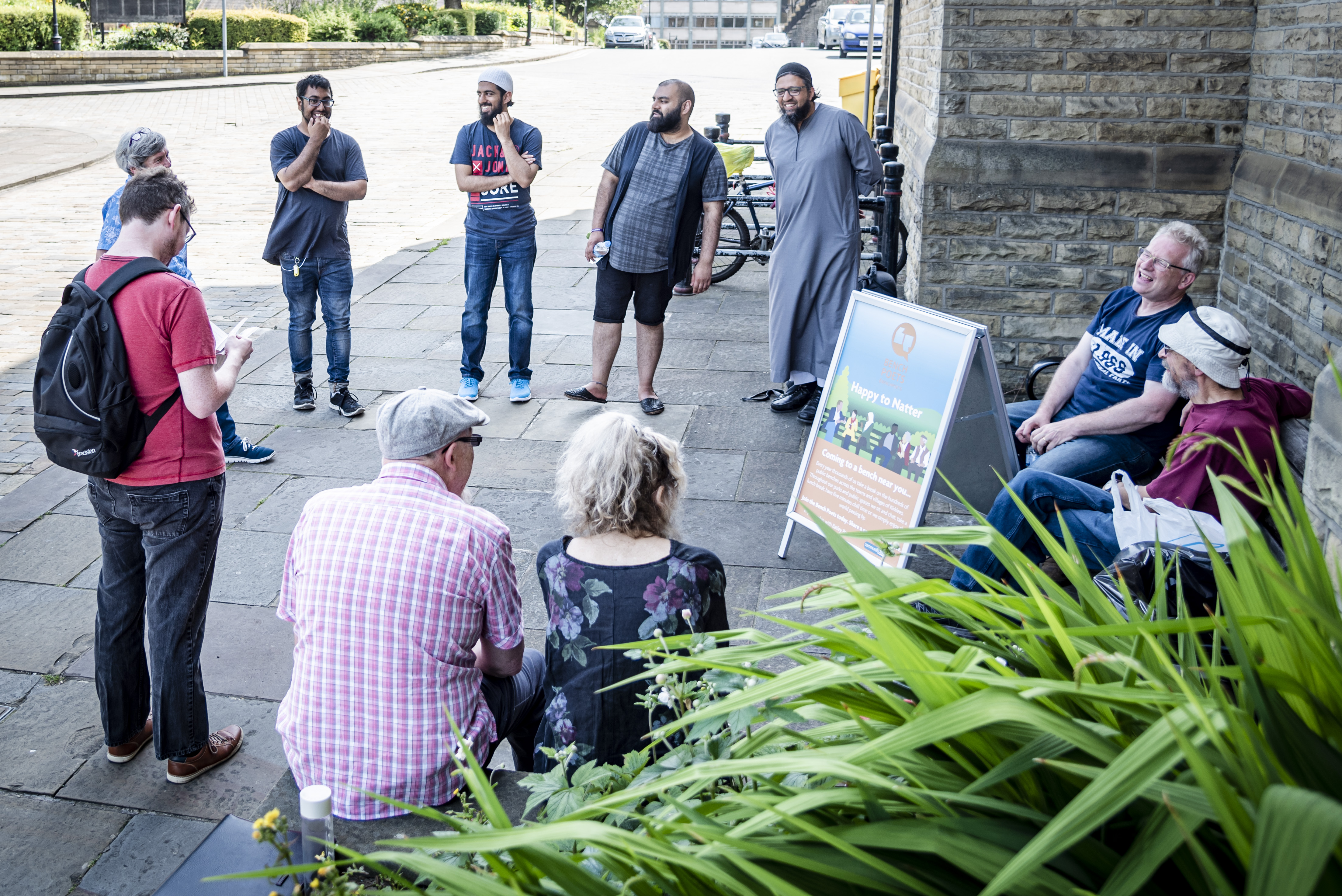 Mohamed thinks the group’s strengths lie in their free-flowing and relaxed approach.

“The first time you read with the Batley Poets, it feels very natural. It feels very comfortable. There’s a lot of places where you can feel quite uncomfortable and feel a lot of pressure to perform.”

By his admission, the poetry sessions “seem a bit loose and unplanned”, but it’s an intentional ploy to give people the confidence to perform their poetry.

“Take South Asian Heritage Month. One person decided to compose their first poem while listening and came laughingly to the mic to read it. Whilst reading it you realised how insightful it was.”

It’s a notion that Jem agrees with and thinks if you want to share your poetry, you should just do it.

“There’s always a moment in a reading where I’m just blown away, and I think wow you’ve got something! It’s the constant discovery of other people’s work which otherwise I wouldn’t hear.”

Jem's foray into poetry properly took hold when he and his wife decided to play a bigger part in Batley-life the year after Jo Cox’s murder. Having not long moved to the town, they attended the first Batley Iftar in 2017 where the Batley Poets performed in front of a fairly packed and sunny memorial garden.

"After the performance, I went up to Mohamed and asked, so ‘how do you get to be a Batley Poet?’ and he said the immortal words ‘do you like poetry?’ and I said ‘yes’ and he said, ‘well you’re in then.’ Literally, a month or two later I went to the first reading." 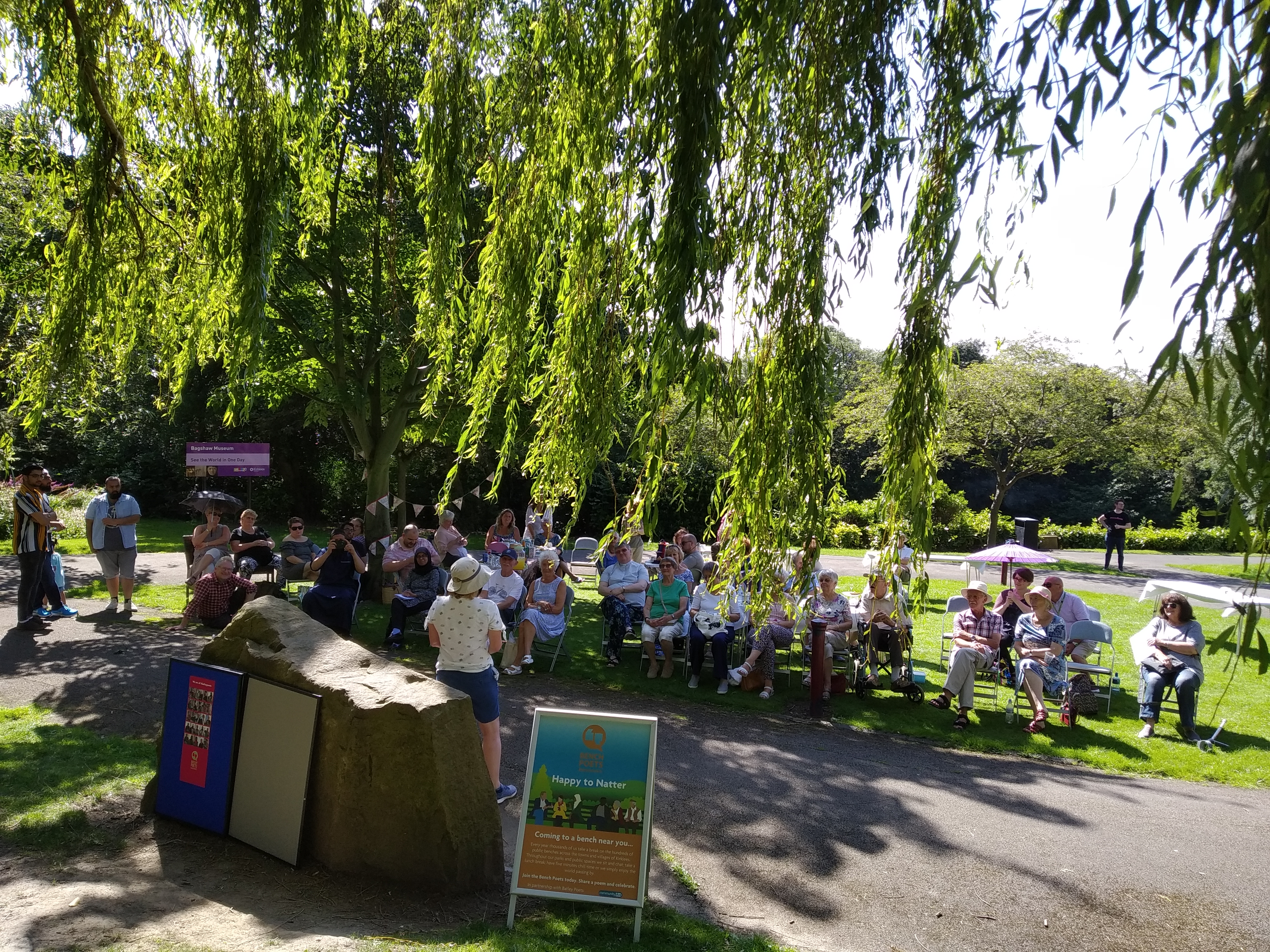 It’s a story that many poets have when it comes to joining the Batley Poets. All sessions are free to attend, with no booking or membership needed. There’s no expectation to share anything, with many attendees choosing to listen.

Free, friendly, and informal sessions are crucial for Mohamed and a core part of what makes Batley Poets tick, “I’ve been writing for many years, but I never felt that I had the opportunity to share my poetry, and I don’t want that to happen to anyone else.”

It becomes more important considering the impact of poetry on people. For Jem, the effects were enormous, helping to boost his confidence - not just as a poet, but as a person. Performance poetry has given him a new hobby, new friends, and an opportunity to share his words with hundreds of people.

“I can stand up anywhere and do five minutes [of poetry]. I’ve done standup comedy now and stuff like that, which I never thought I’d do. It’s been a dream, it’s all really been down to the Batley Poets, the confidence it’s given me to do that sort of thing. It’s added an extra dimension to my life.”

Mohamed sees the group’s future as continuing to grow and moving beyond Batley whilst staying true to who they are. “Batley Poets is not there to hold everybody into one platform. It’s a platform to free people”.

“Batley Poets is about giving a platform to bedroom poets to share their poetry, at a session, via the website, or tagging us on social media. We’re quite happy to get people’s poetry out there.” 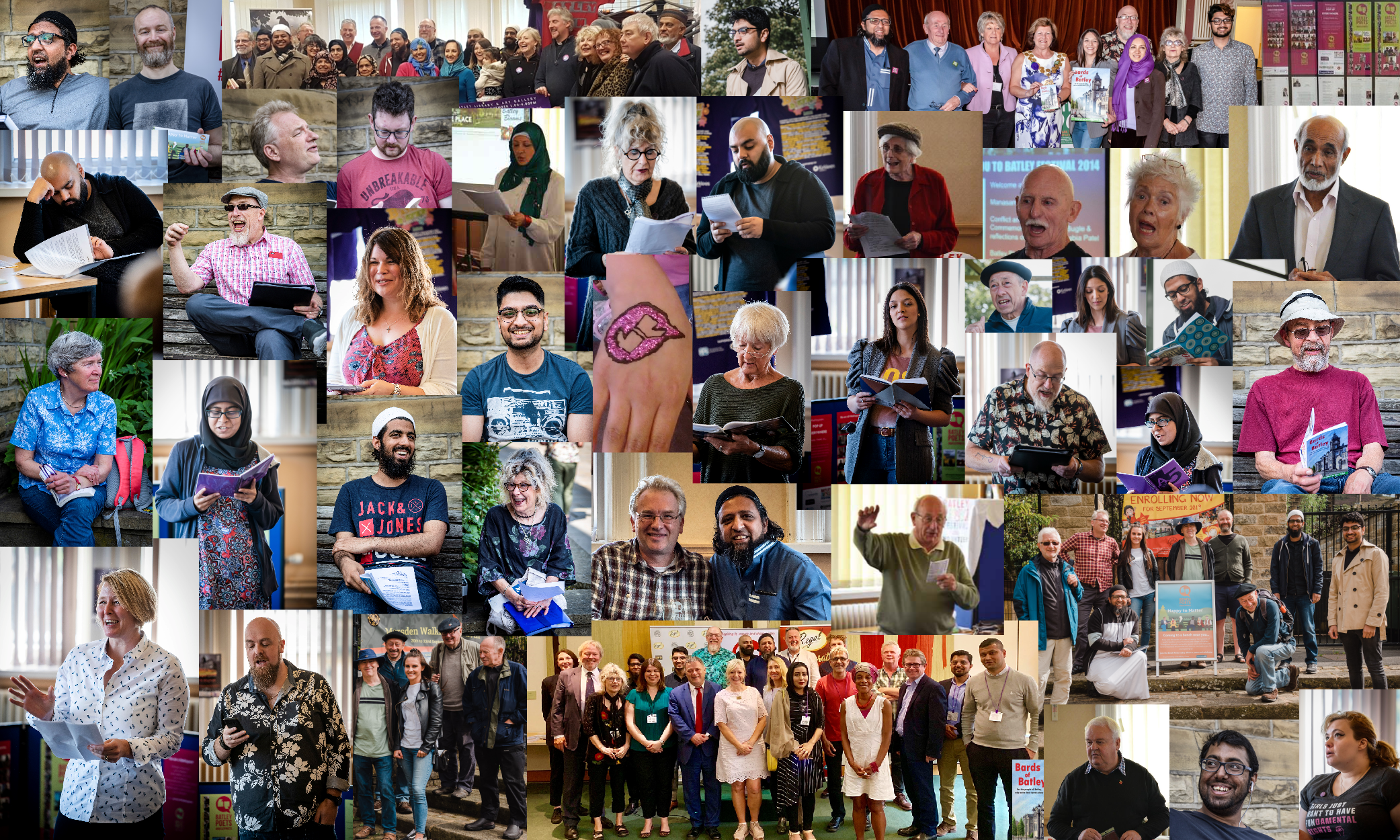