The city decided to rename the square in honour of Jo Cox as part of its efforts to have more of its streets and public places named after women.

Jo lived and worked in the Belgian capital prior to becoming an MP. The square is close to the Ancienne Belgique music venue which she often attended.

The inauguration was led by the Mayor of Brussels, Philippe Close, alongside Jo’s sister, Kim Leadbeater, and her parents, Gordon and Jean. Representatives of the British Labour Party and the European Parliament also attended. 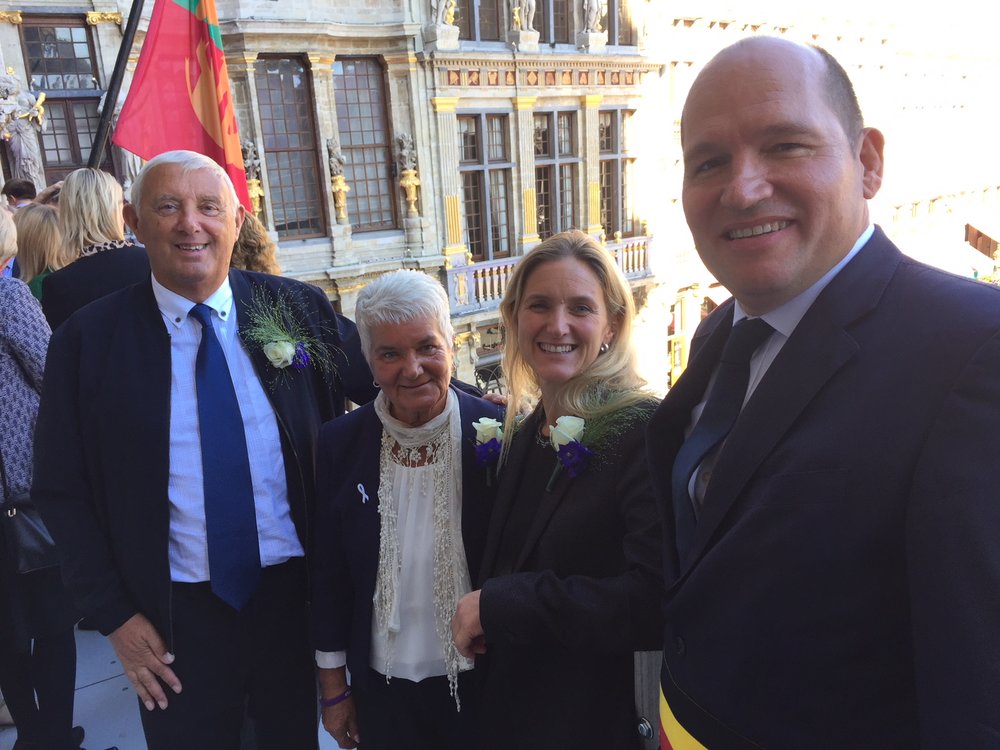 “My parents and I are very pleased to be attending the inauguration of Jo Cox Square and are honoured that the city of Brussels has chosen to remember Jo in this way. She had many happy times living there and made some deep and long lasting friendships. We visited her on several occasions and have many heart-warming memories of seeing how much she enjoyed being there. To know that she will have a permanent place where she, and the values she stood by, can be remembered is a comfort and an honour and I would like to thank everyone involved.”

Mayor of Brussels, Philippe Close, said: “Naming a square in Brussels after Jo Cox is an honour for the City. Her investment in women’s rights, in European construction and her love for Brussels was absolutely remarkable.”

After the inauguration a choir led by one of Jo’s close friends from her time in Brussels, Suzy Sumner performed. The repertoire included the Balkan folksong Ederlezi and Nkosi Sikelel’ I Afrika. Suzy said:

“Ederlezi is a traditional folksong from the Romani minority in the Balkans. Jo loved the region and the song so much that she decided to name the boat where she lived with her family in London 'Ederlezi'.

Nkosi Sikelel' I Afrika is best known as a pan-african liberation song and versions of it are part of national anthems in many African countries including South Africa. We sing it to remember Jo's work in Africa both with Glenys Kinnock and Oxfam and her spirit to continue to stand for justice.”